Skip to content
Accueil > Can and should we translate poetry? 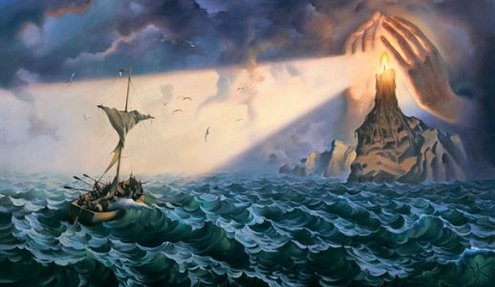 Because it often plays with the form, wording and musicality of language, more than any other literary genre, poetry does not easily lend itself to translation. However, people have nonetheless been translating it for centuries. How then, is it possible to translate what some deem to be untranslatable?

Although translating poetry is often considered to be a futile exercise, this has not deterred most translators. Albert Camus, one of the key figureheads of French literature, took a radical stance on this subject: he saw poetry as being untranslatable by its very essence, and only ever read it in the original version, therefore refusing to read a translated version.

He was obviously frustrated by the fact that he was unable to read the works of certain poets because he did not speak their language but he did not wish to distort his perception of the original work, out of respect for the author.

When questioned during a press conference in 1957, just before receiving the Nobel Prize for Literature, Albert Camus referred to René Char when a journalist asked him if he held a certain kind of admiration for any of his compatriots. Having encouraged his audience to read Char’s work, he made the following proclaimation, “Unfortunately, poetry can not be translated.”

Is translating poetry just a form of “rhymed mimicry” as Baudelaire said about Edgar Allen Poe’s poem the Raven, or a “senseless endeavor”, as Yves Bonnefoy asked in his ‘Entretiens sur la poésie?’

Many authors have expressed their reluctance to translate poetry, whether Dante, Mallarmé or Baudelaire, pointing out in particular that it is impossible to reproduce the meaning and form of a poem in an equivalent way, in another language. The literary critic Maurice Blanchot underlined this impossibility in the following terms: “The meaning of a poem is inseparable from all the words, the flow and accents within it. It exists only as a whole and disappears as soon as we try to separate it from the form in which it was created. What the poem means corresponds exactly to what it is. “

However, there is no doubt that poetry has attracted translators. For example, Baudelaire and Mallarmé did produce translations of Edgar Allan Poe. Yves Bonnefoy set himself the task of translating Whitman, Pétrarque and even Yeats. Jean Tardieu, for his part, introduced Hölderlin to France.

The prefaces of such translated works often mention the difficulties encountered in terms of translation, and indeed sometimes refer to the frustration or despair experienced when not being able to truly do justice to the original work.The translator, by means of footnotes and other annotations, often acts as the “ferryman” from one shore to another, true to the etymology of the term translation which comes from the latin ‘traducere’ meaning to take from one riverbank to another.

Jacques Bonnaffée, an actor and poetry specialist, rightly emphasized this point: “The note that enables me to understand that I cannot understand becomes as important as the poem itself”.

Therefore, translation is sometimes regarded as cause for fear or rejection, and the translated text regarded as a fresh perspective on the poem, and therefore a new original work. Poets, such as Emmanuel Hocquart, have categorically refused to acknowledge the bilingual version of certain publications, thus establishing a distance between the two texts. This evokes the Italian saying “Traduttore, traditore” – which literally means “Translator, traitor” – thus highlighting the inevitable deviation between the original work and the translated work.

In 2015, the translator André Markowicz opposed this question of betrayal in the following terms: “Traduttore, traditore”, is the complete opposite of translation. A traitor is someone who never admits to being as such! As for me, I never claim that the text I have produced in French is an original text. It is a one-off, personal version of which the only truth is my own interpretation and which I try to make as accessible to others as possible.

Among the greatest challenges in poetry translation, is the question of the written form. In addition to the semantic aspect of poetry, there is the issue of form. For example, with Chinese or Japanese calligraphy or the Cyrillic alphabet, how can we translate the form when the calligraphic system has no direct equivalent in European languages?

André Markowicz, who has translated Pushkin, Shakespeare and even Chekhov, has already confronted this issue and in 2015, he published a translation of a collection of Chinese poetry entitled “Chinese Shadows”. This endeavor was surprising to say the least, since he does not speak Chinese: “What interested me about Chinese poetry was that there was no possible equivalent. In fact, there are no letters, only drawings, drawings that represent groups of etymologies. What’s more, in Chinese poetry there is no mode, no conjugated verb, no masculine or feminine, no plural or singular, and they can also leave out the personal pronoun which in itself, for a Westerner, seems absurd “.

Markowicz then asked leading Chinese linguists for a word-for-word translation of the poems, demanding a “zero degree of translation,” he points out. He then noticed the differences between translations of the same poem: “I realized that if there could be such extreme distortions […] it was because the meaning was not what we consider to be meaning’.

The translator, who in this instance becomes both translator and poet, has thus continued work on these numerous translations, in order to help improve his own. This is an attempt to produce something akin to Chinese poetry. If this work is unique, it is also because in this case the relationship between the text and the translator has changed: the aim was not to come from a position of poetry connoisseur, but “to discover the poems at the same time as the reader and use my position as a foreigner.” 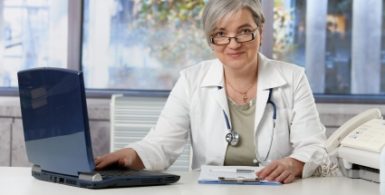 Over the last few decades, medicine has seen more revolutionary changes and advances than any other scientific field. On the one hand, research has been progressing in leaps and bounds in a wide range of fields such as cardiology, genetics, our understanding of the aging process and medicinal treatments. This is a result of excellent training programs and the work of international research teams.
[ read more ] 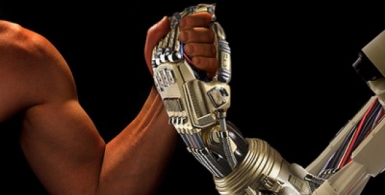 It appears that human translators, the real ones, still have many years ahead of them even if artificial intelligence programs are slowing bridging the gap, as a result of new inventive and innovative software updates.
[ read more ]
Show more posts